several politicians were handing out flyers,
I tried to pull out porcelain with some pliers,
I counted three fake smiles, two tans, and a republican...
can someone please remind me where the hell I stand again?

every campaign seemed plagiarized,
put on a pedestal, supersized, brought to life...
I heard a dream, a death-wish, and one guy,
was just there for the ride,

suddenly, I heard the music play,
right next to Gruhn's on fourth and Broadway,
he was either already homeless or hitting halfway...
but he had words of wisdom and the courage to say,

speak up!
speak out!
do what you love,
or forever live in doubt,

so I walked over with shaking feet,
between the polls I threw away my receipt...
I screamed a Gaskins quote, balled up an unheard vote,
and left a lifeless cause for an aspiring antidote,

Posted by Prescribed Life at 6:40 PM

Our calendars were a HUGE hit at Plant City's Strawberry Festival! Shout out to everyone who came out proceeds will be going toward our cross country trip starting this May. 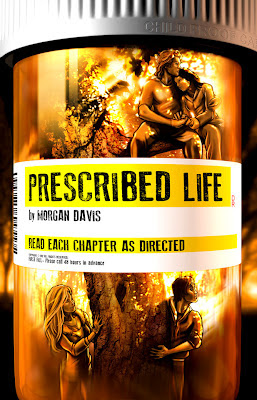 Seventeen year old Leah Clark once roamed Whetstones halls without direction, as a loner against ludicrous lifestyles. While other students rehearsed their roles living ritualistic reputations, she often acted on impulses by skipping lines, and rebelling against the rubric. Unfortunately, a passion for politics wasn’t enough when it came to scholastic survival. Before the high school senior’s grades reached rock bottom, her mother flipped frantically through the yellow pages, seeking professional help. Luckily a local shrink was able to diagnose her psychological symptoms, and pinpoint a probable solution. However, Leah couldn’t help feeling skeptical as an unknown antidote was filled in her name. Never in her wildest dreams did she expect a few tablets to pave her rocky path from the inside out.
Click the link below to purchase a hardcopy of "Prescribed Life" at CreateSpace.com
PRESCRIBED LIFE by Morgan Davis - $10.00
(paperback edition)
Click the link below to purchase a digital (Kindle only) copy of "Prescribed Life" through Amazon.com
PRESCRIBED LIFE by Morgan Davis - $5.99
(Kindle edition only) 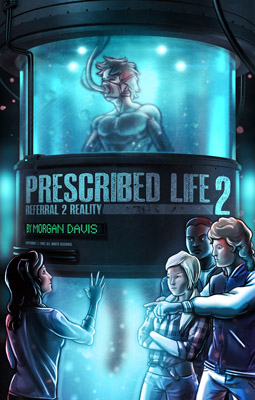 Last semester, Leah Clark experienced an extravagant side effect after sampling a new antidepressant.  Ingesting each dose sent the seventeen year old into a dream world filled with fictional forests and riverbanks.  Just when she was beginning to think the experiment had gone horribly wrong, another test subject was able to put things into perspective. Despite a difference in medication, a coma patient named Jack Thomas was also confined to the dream without parole, or so he thought. Although he acquired the ability to sneak inanimate objects into reality, living organisms are only permitted to cross over by checking into a human host. After graduation, Leah decides to invest scholarship earnings on a plane ticket to Connecticut in hopes of bailing out Prince Charming. As if boarding a plane full of strangers wasn’t intimidating enough, a few locals were waiting in Hartford with some
unexpected turbulence.
Click the link below to purchase a hardcopy of "Prescribed Life" at CreateSpace.com
PRESCRIBED LIFE 2: REFERRAL 2 REALITY by Morgan Davis - $10.00
(paperback edition)
Click the link below to purchase a digital (Kindle only) copy of "Prescribed Life" through Amazon.com
PRESCRIBED LIFE 2: REFERRAL 2 REALITY by Morgan Davis - $5.99
(Kindle edition only) 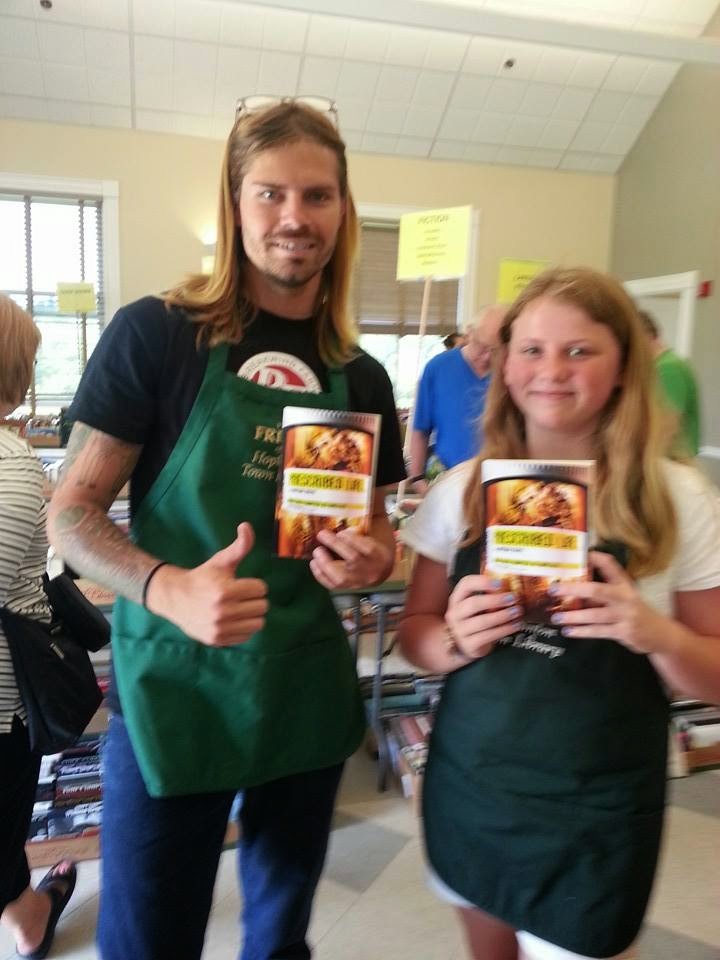 First and foremost, I just want to express appreciation toward my readers for their support. I enjoy telling tales of transformations by personifying characters using realistic reactions. At an early age, I was intrigued by sagas and storylines only to be left unsatisfied once the curtains dropped. Hiatus had me hungering for more, so I started staging alternate endings with childhood toys, sketches, and eventually writing. For years, I settled in a comfort zone of poetry and short stories, instead of facing fiction with a novel. Patience was a foreign feeling as I embarked on uncharted territory to claim an untamed tale. Prescribed Life started off as an unwritten manuscript designed to entertain an underground audience. In the beginning, Prescribed Life invaded inboxes as a simple text message in May of 2010. Overused buttons began to stick as chapters developed rapidly until additional characters flooded my flip phone’s memory. With the encouragement of a friend and a secondhand laptop, unfinished business began to pick up in January of 2011. Writing this work was like riding a rollercoaster. Every twist and turn caused a reaction to spiral outside my own intentions into an open mind. Over the course of the entire experience I learned to never back down from any task worth conquering. After all, picking seeds out of season can affect an entire harvest. Remember, anything can be achieved through the initiative of an open mind.